I love this photograph.  It was sent to me recently by Esteban from San Luis Potosi, Mexico with a note explaining simply, humbly, how (he felt) they had not reached a level of urban bicycle chic in their city and had little infrastructure for bicycle safety.   But despite this, there were many people going to the city daily not for sport or recreation but just to live.
Is this not the very essence of Cycle Chic, the reason we spend so much time promoting bicycles?
It's never just about the clothes, it's just about this - people in towns and cities using bicycles to go about their lives, as they are.
Bravo and welcome San Luis Cycle Chic ! 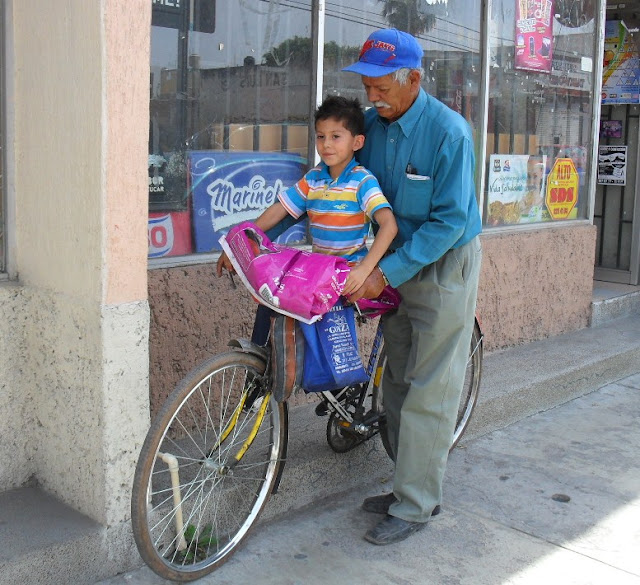 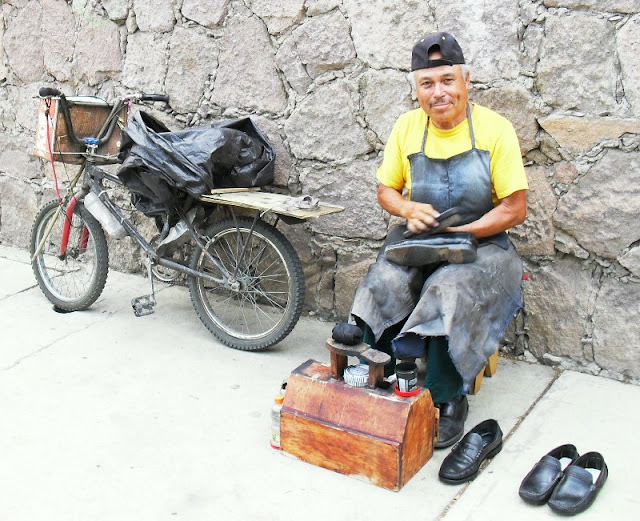